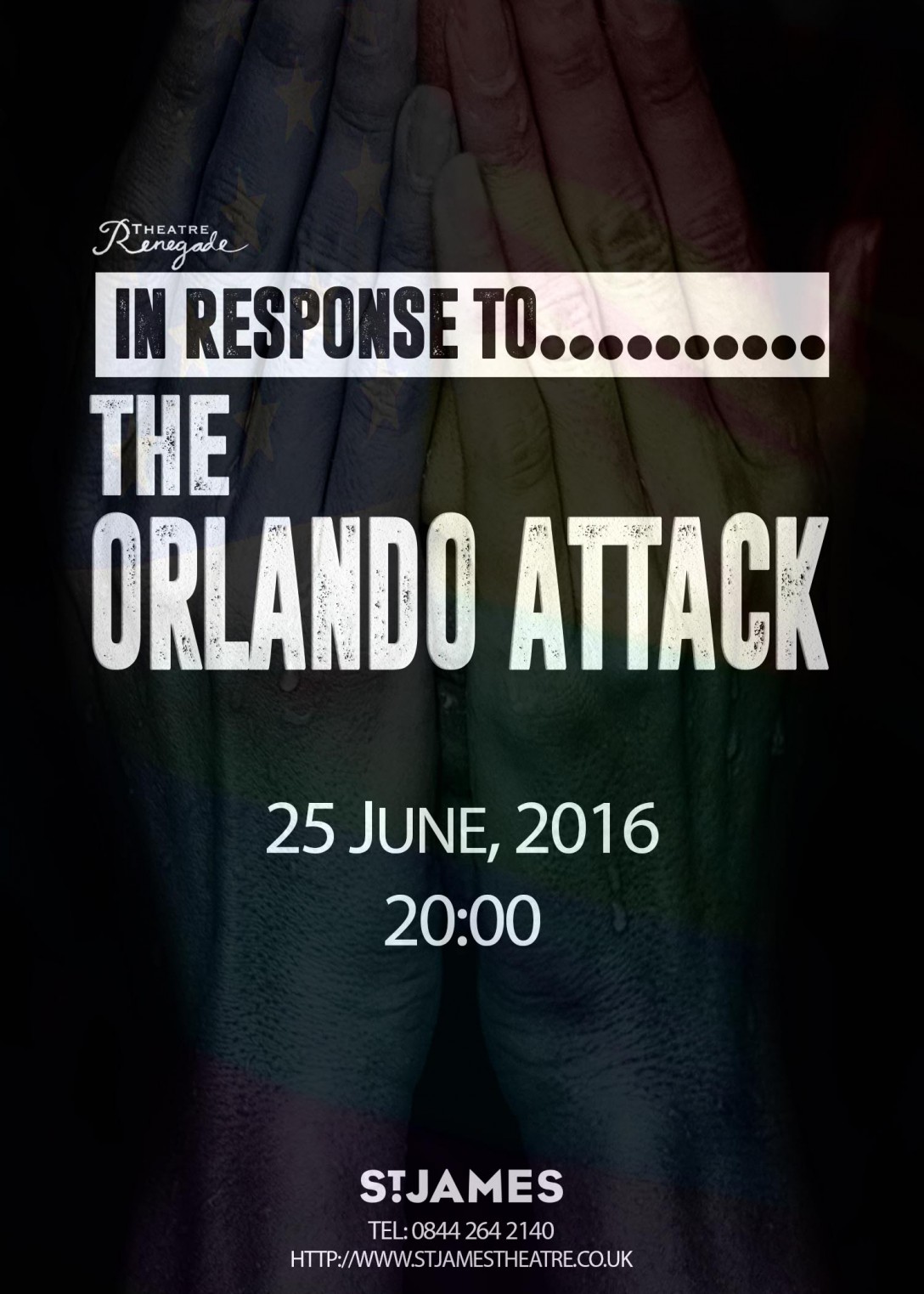 In the wake of the deadliest incident of violence ever committed against LGBTQ people in America, Theatre Renegade presented a night to come together and raise our voices; in memory, in protest, in solidarity.

The night featured a mixture of new pieces written in direct response to the tragedy, performances of pre-written texts and musical performances, all selected to honour and commemorate the victims at Pulse nightclub.